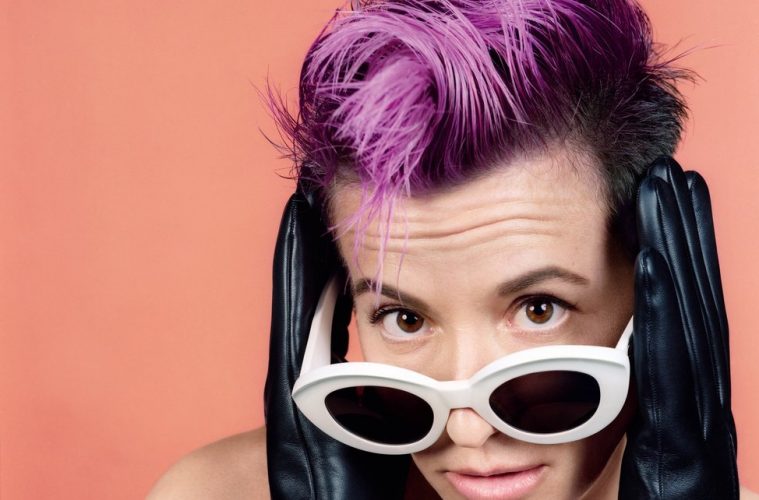 In honor of International Women’s day on March 8th, WSN Development puts into spotlight three inspiring women brought by our community. Dive into the universe of these 3 women who participate in women empowerment.

Lous and the Yakuza

Lous and the Yazuka, the 24 year-old Congolese-Belgian artist, drew attention in September 2019 while launching her first single ‘Dilemme’, which totalised more than 10 millions streams on Spotify and 4 millions views on YouTube. Anagram of Soul, the singer-songwriter mixes tones from pop, R&B and trap music. The young artist has a rough perception on society and from personal life’s experiences, she writes down smooth and heady rap.

The young rapper Lous, whose real name is Marie-Pierre Kakoma, grew up between Congo, Rwanda and finally settled in 2011 in Brussels. Just like a chameleon, wearing Afro wigs one day and showing off the day after with blue hair, Lous wants to be “the model of a black woman who succeeded on her own against all odds”.  The tattoos on her eyebrow represents “hands up to the sky” and is now a real signature look.

In less than a year, Lous became a real phenomenon in the French musical scene as well as the Fashion sphere, who immediately adopted her. During the last Paris and London Fashion Weeks, she made a great impression at the Burberry and Dior front row. She particularly impressed and seduced the public walking for Chloé during the FW20/21 collection.

The 24 year-old singer is already showing the track to a new generation of powerful and committed women. 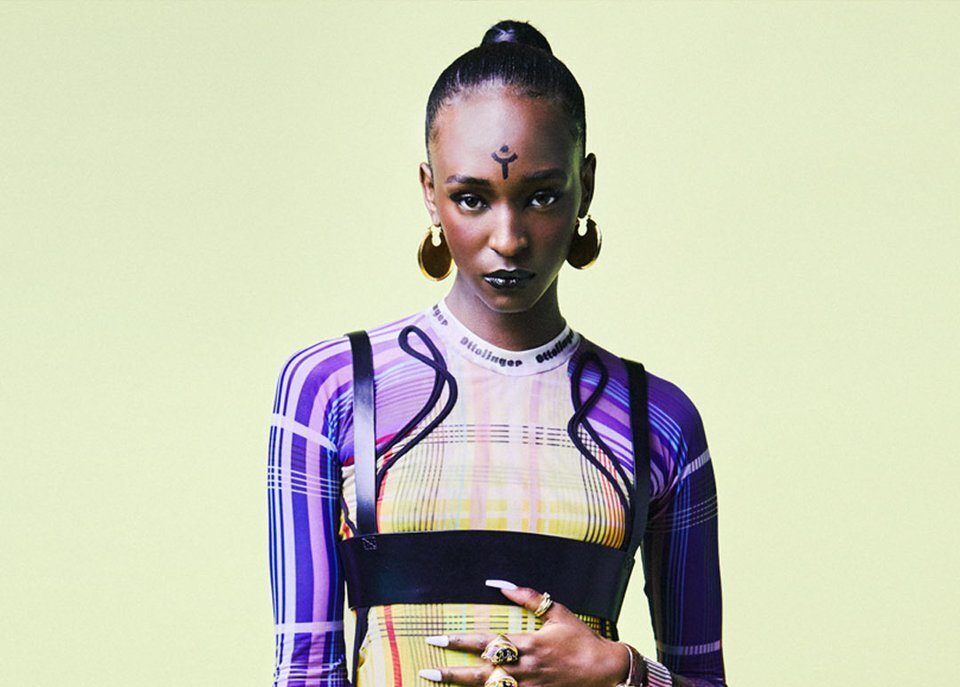 Lous and the Yakuza, Colors Studio

Relatively unknown to the general French public, Megan Rapinoe is a 35 years old professional footballer. Originally from California in the United States, this professional athlete played as a winger for Seattle after a whirlwind stint on the Olympic Lyonnais women’s team.

An exceptional high level athlete, her unparalleled career can be defined through several notable achievements, those being, earning 1st at the Olympics, becoming a world’s double winner, being honored as the best player by FIFA and winning the golden ball.

Aside from her sports accomplishments, Megan Rapinoe has paved the way for many social and political movements. After coming out in 2012, she began her fight for the LGBTQ+ community, emphasizing their struggle in the sports industry. Further, she has performed public displays of disapproval against both Donald Trump’s politics and the violence against the afro-american population. Finally, and perhaps most notably is her work in the fight for equal pay for women and men.

Known for her pink hair, Megan became the face of the campaign for the Spanish label, Loewe. Photographed by Steven Meisel, the footballer reenacts poses similar to the ones she displays when scoring a goal for her team.

A leading figure in women’s soccer, Megan Rapinoe is a role model for all young women and every woman searching to strengthen their identity and assertiveness. 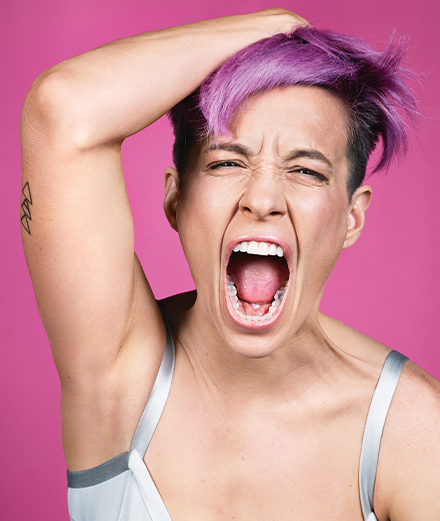 The 51 year old actress Marina Foïs began her career with Robins de Bois, a group that she founded with her colleagues, Florent Pierre-François Martin-Laval and Jean-Paul Rouve. After 5 years of incredible success on Canal+, they separated and Marina Foïs became one of the most prominent movie actresses releasing at least 3 movies a year.

The actress is known for her successful comedies namely Astérix et Obélix: Mission Cléopâtre or Papa ou maman, where she plays out her more dramatic role such as Polisse which later landed her a nomination at the Césars and a prize for the best actress at the Globes de Cristal in 2012. Although 2021 did not bring her a 6th César nomination, it did award her the honor of becoming the host for the 46th edition of this ceremony.

Marina Foïs doesn’t hesitate to engage and take part in social media trends, that is with or without approval from her community. From fighting against homophobic cases, to supporting rape victims, the artist is commited to supporting causes that are close to her heart.

In parallel to her acting career where she featured in a variety of movie genres, Marina Foïs became the muse of Louis Vuiton and posed for photographer Nicolas Ghesquière, a dear friend of hers. The result? A campaign illustrating strong and powerful women, who feel good in their skins. 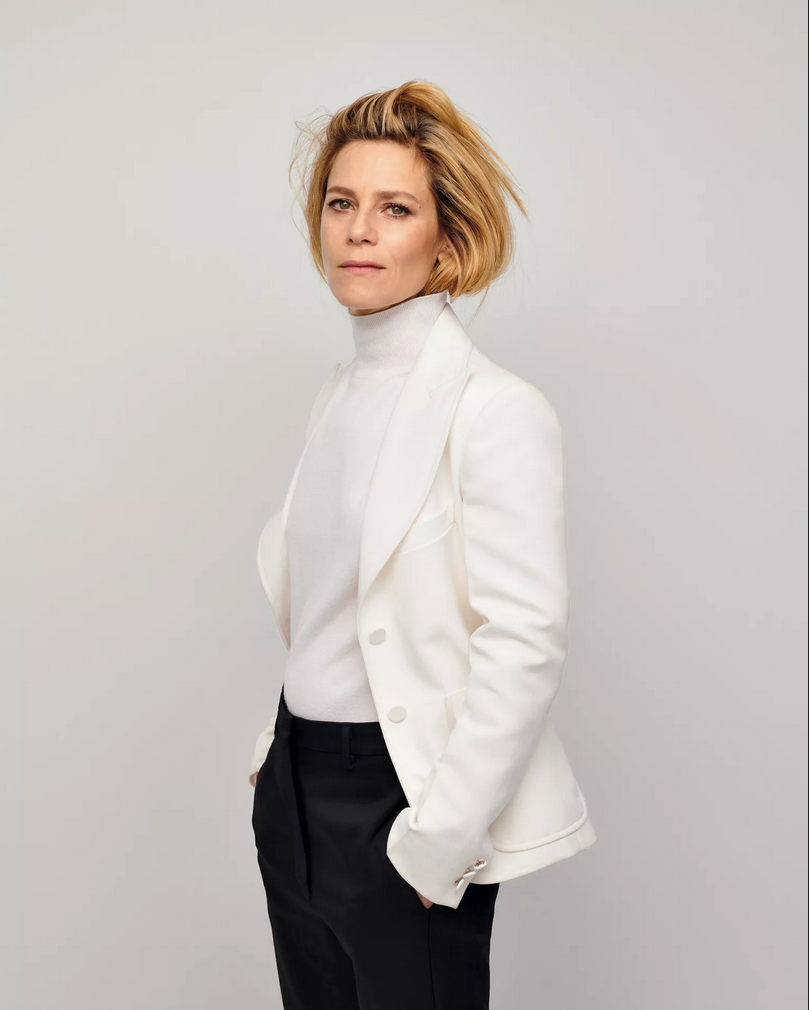